The aïta Jeblya is a musical genre from northwestern Morocco, which the “Jbala” (mountain people) love deeply. According to historians, the reference city Ouezzane located south of Tangier already existed in Roman times. It is famous in particular for its craftsmanship in wood, wool called “El mharabla”, woolen woolen loops made by hand. The work of wool served as a model and it is common to say: “Kherqa Ouazzania or lemherbla”. But there is something else that ensures the reputation of the city, it is Sufism. A brotherhood called Tariqa El Ouazzania from the name of the city was established quickly giving birth to other religious schools, other tariqa forming “Ahel el touat”. All the arts are represented and music occupies a prominent place with the “Aïta Jablya” also called the “Song of Jbala”. 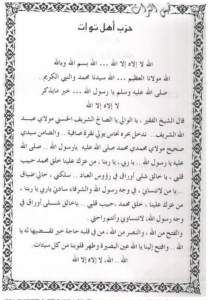 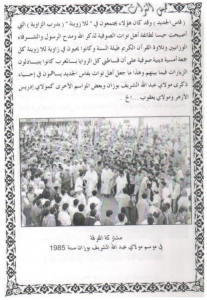 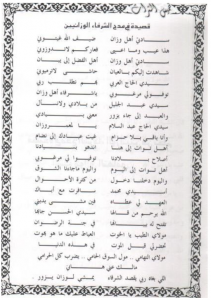 Ouazzane is a city in which three communities have cohabited in harmony for three centuries:

The Jews that Moulay Ettayeb Elouazani had invited to settle in his city to build a mellah there in order to give birth to a craft industry specific to Dar Dmana. Today Ouazzane is a craft town par excellence thanks to the Ouazzanie Jewish community and the political intelligence of an outstanding man.
The Jbalas (former Ghumara) were driven out of the Souss by the disastrous climatic conditions, the exact nature of which may vary from one version to another: the most widespread evokes a torrid wind, sârqi of unusual duration. these Swasa implored the intercession of Moulay Abd Salam Ben Mchich. The latter answered them that, since the scourge was a divine order, he had no power over it. Today this community represents almost all of the Ouazzani population, due to the rural exodus and the dislodging of Jews and Ouazzani chorfas from the city.
The large family of Ouazzani chorfas: descendants of Moulay Abdellah Charif Elouzzani Elhassani, founder of the city of Ouazzane and its brotherhood.